Make a felt pom-pom crown for your next party or celebration! Whether for New Year’s Eve (just a few days a way) or a birthday or a summer soirée, these crown are actually quite simple to make and look so delicate and boho chic people will think you are a creative genius.

[ I am a participant in affiliate programs designed to provide a means for bloggers to earn small fees at no cost to you by linking to Amazon.com and affiliated sites. ]

~ String (I used baker’s twine but next time I would use a heavy thread, much thinner than twine) 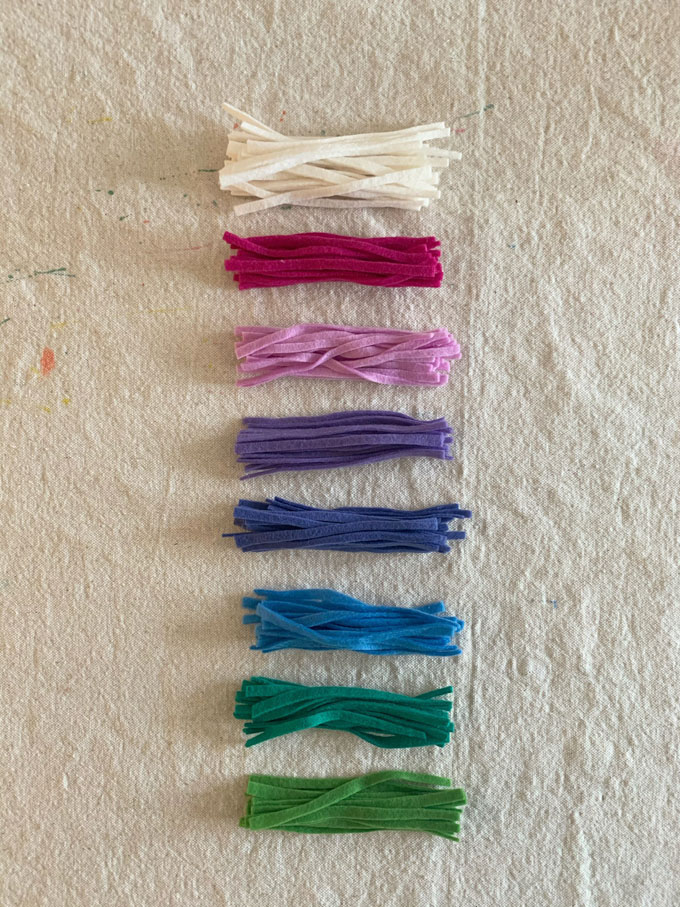 How to make a Felt Pom-pom Crown:

1. Cut small strips of felt. Mine were about 1/2 cm in width by 4 inches (10 cm) in length. I use 4 strips of 5 different colors for each pom-pom, so that is 20 strips of felt per pom-pom. My crown had 9 pom-poms on it. So cut approximately 180-200 strips of felt. I used white and lilac in every pom-pom, so I cut more of those. And then I alternated blues and greens. 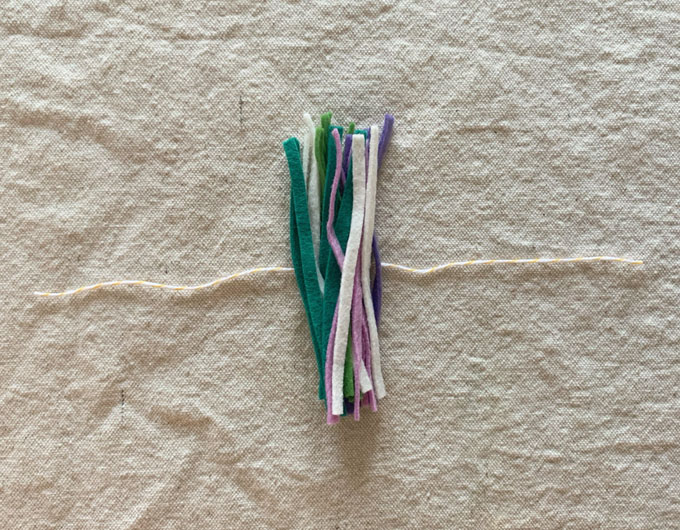 2. Select the colors you want, adding up to about 20 small strips of felt, and bundle them together evenly. 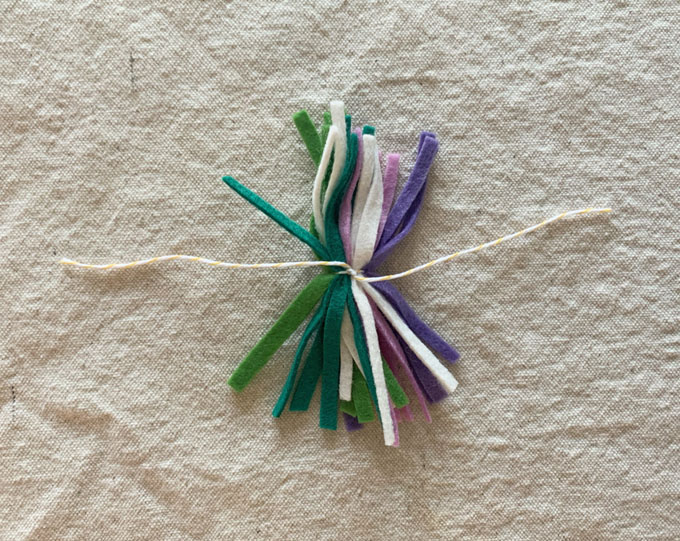 3. Tie your string tightly around the bundle. Double knot. 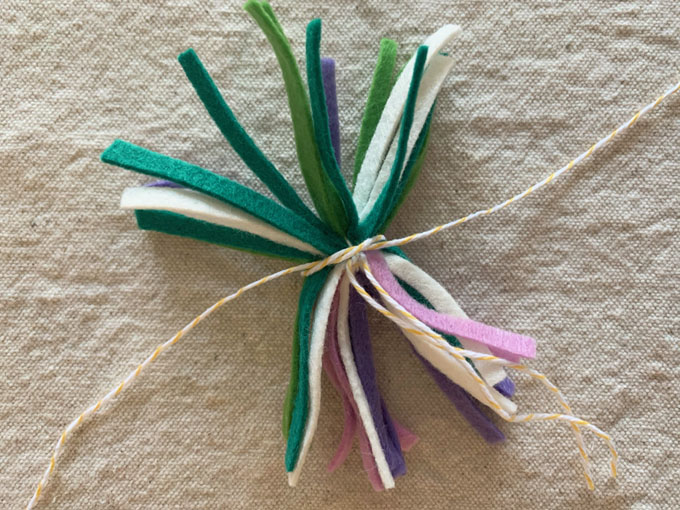 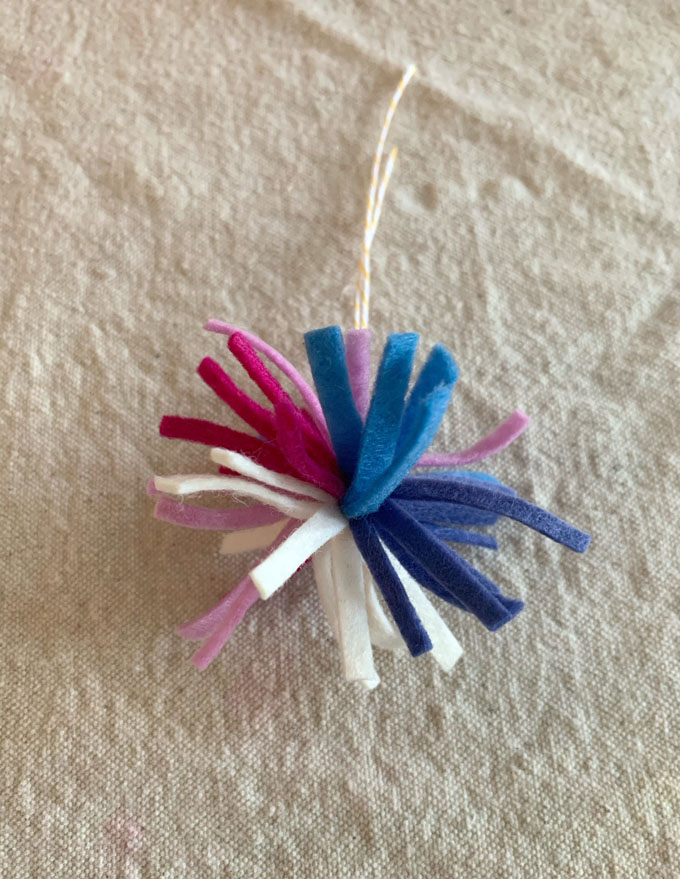 5. Cut one of the strings short so that it is hidden and leave the other string long to tie around the crown.

6. Trim your pom-pom! I rounded the shape a little and make it smaller. 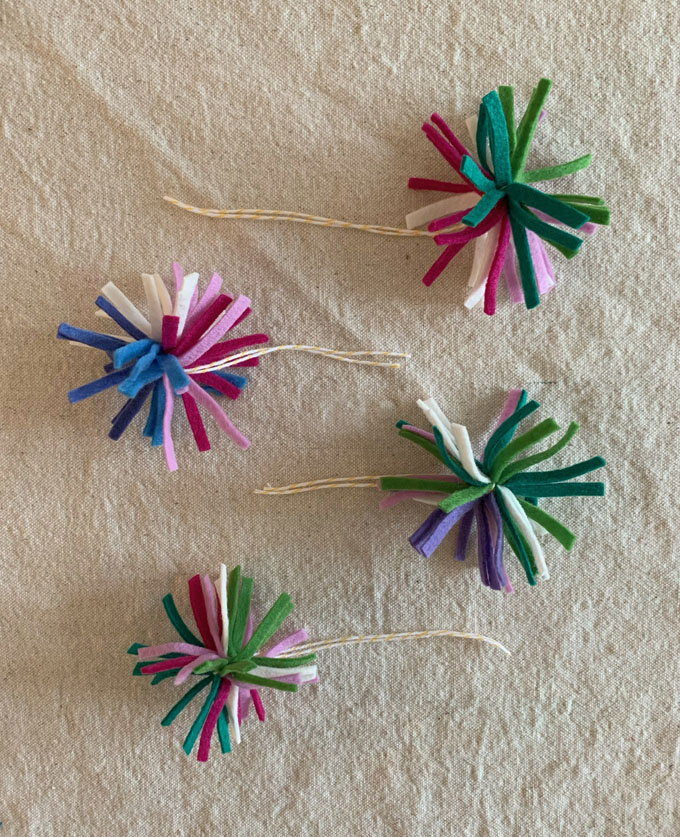 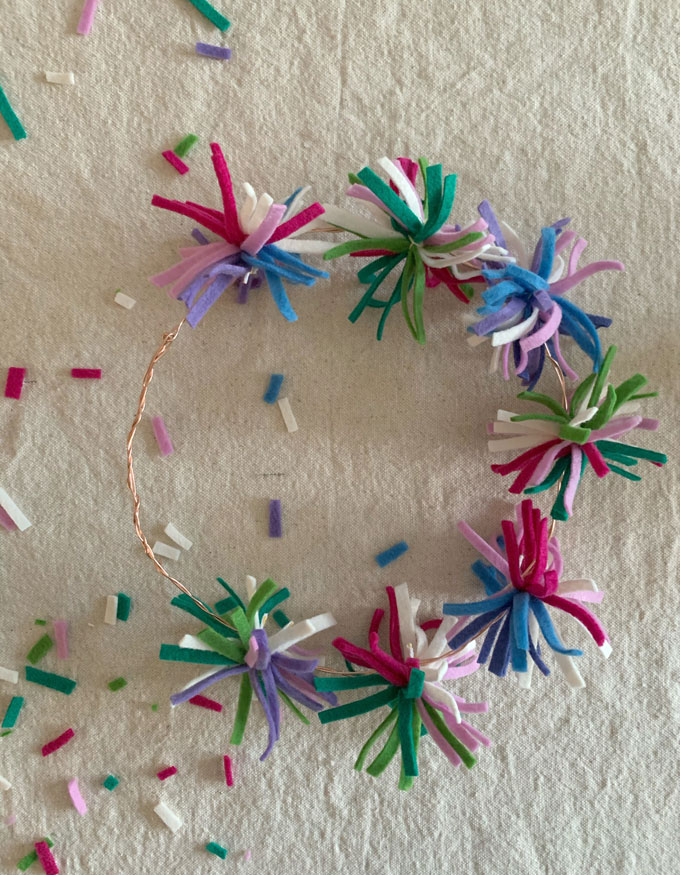 8. Make the wire armature for the crown by wrapping it around your head twice and them twisting one piece over the other. 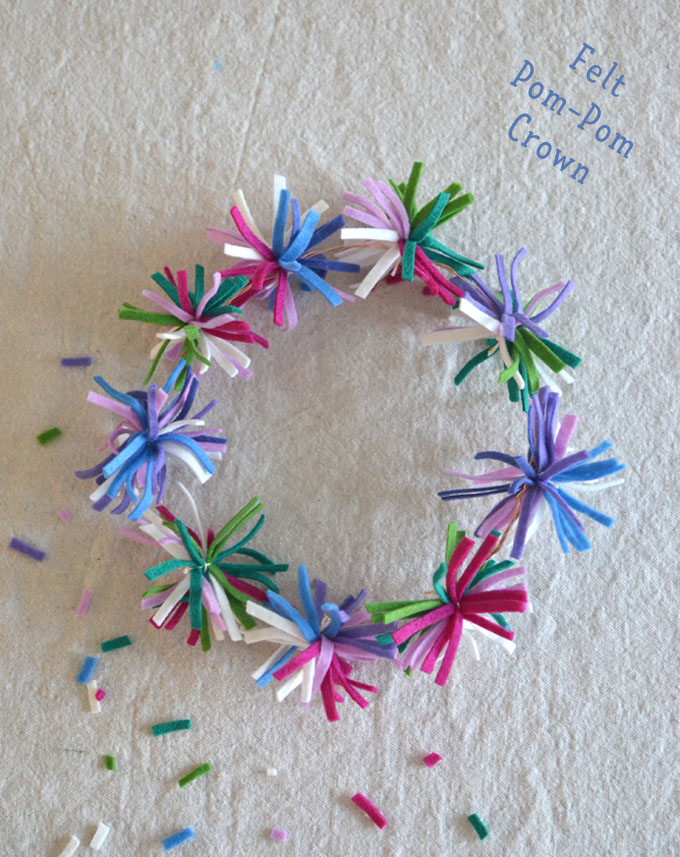 9. Attach all of your pom-poms with a double knot and trim the string. I added a drop of crazy glue on the knots so that they wouldn’t ever untie, but this is optional. 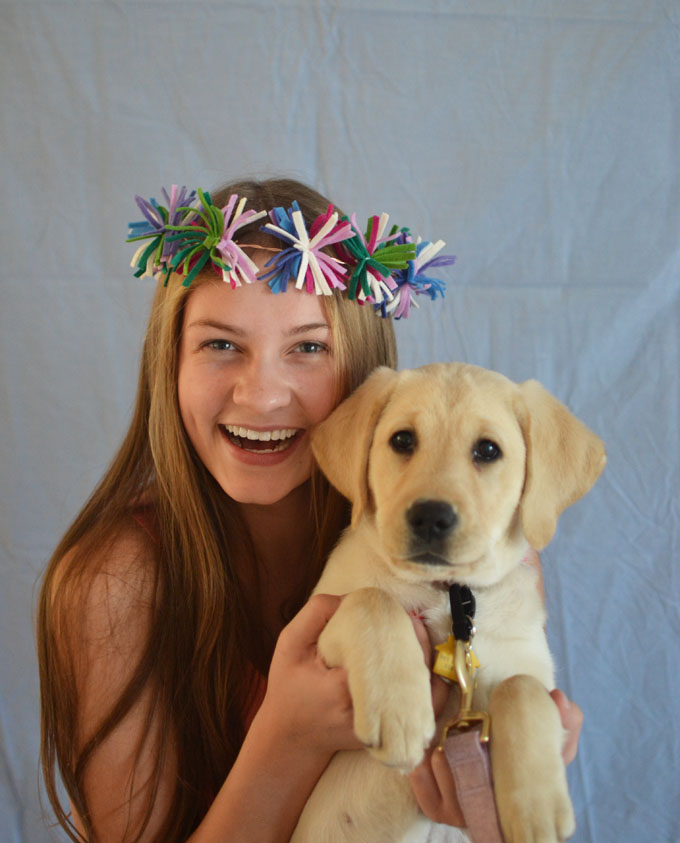 Voila! You now have a gorgeous felt pom-pom crown that was simple to make and looks so charming and graceful. Here is my daughter, Ava, and her new puppy, Peanut, modeling the crown. I need to make one for the puppy next! 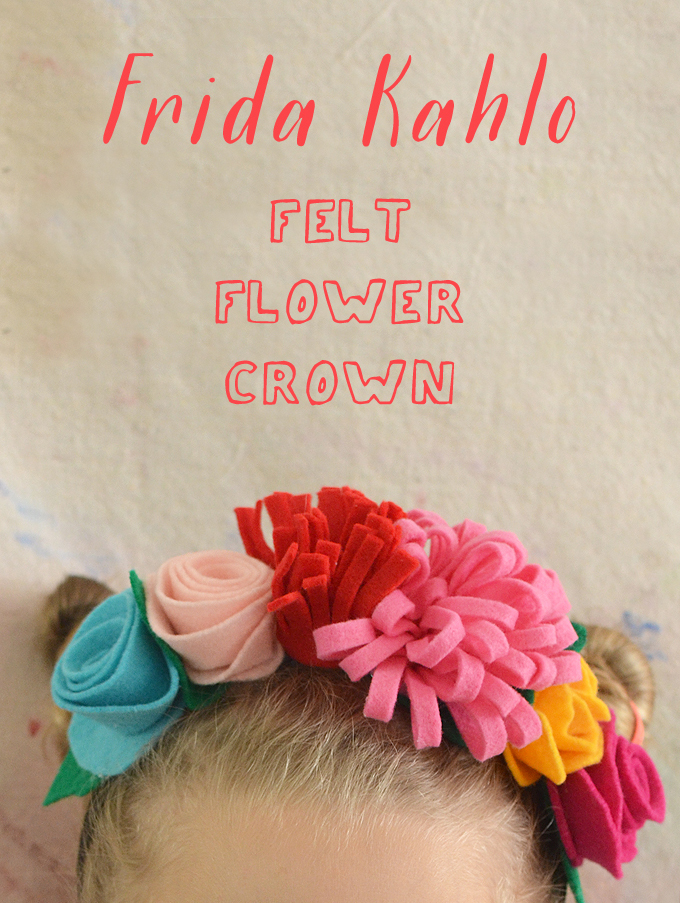 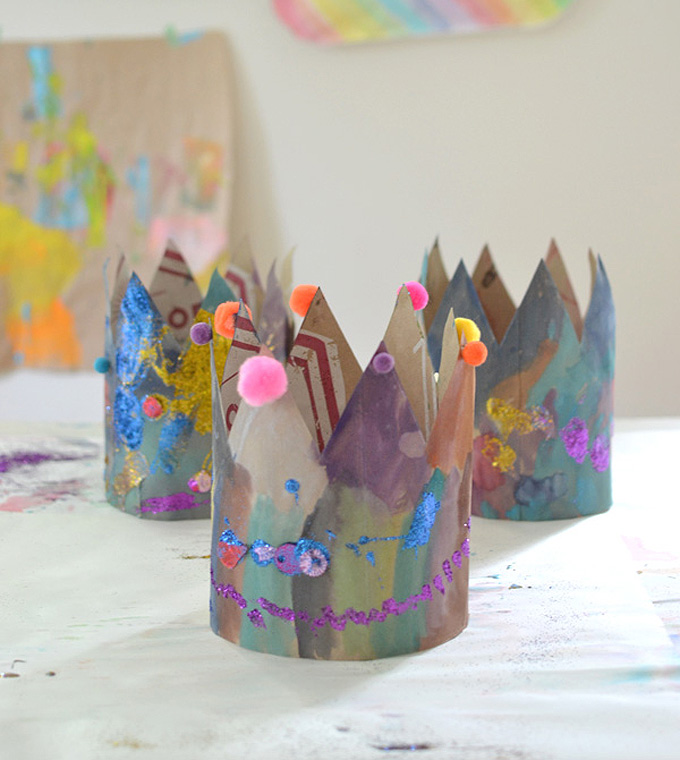 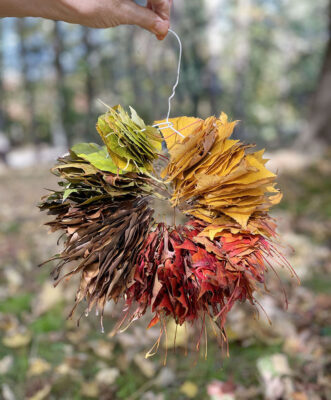