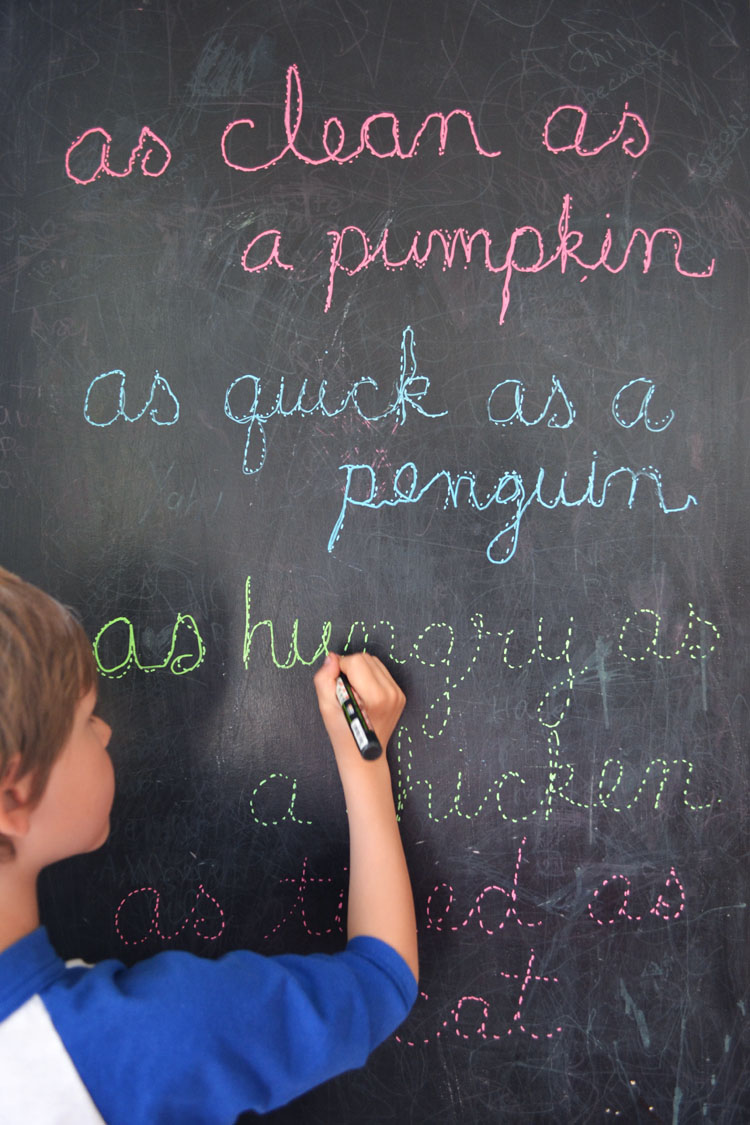 At any given moment, my son is obsessed with at least thirty different things. Two-thirds of them relate to sports or food. Then you have the chinese erasers, Oliver Jeffers, cool pens, etc. category. Within this last group falls his obsession with script, and his love of similes. Yes, similes. He’s talked in similes for a couple of years now, and they always make me laugh. Similes are the way he expresses himself when he wants to make his point. What I love most about his similes is that they give me a glimpse into the inner-workings of his fascinating seven-year-old brain. He thinks pumpkins are clean and chickens are hungry! He’s a poet (or a comedian)…both are awesome. 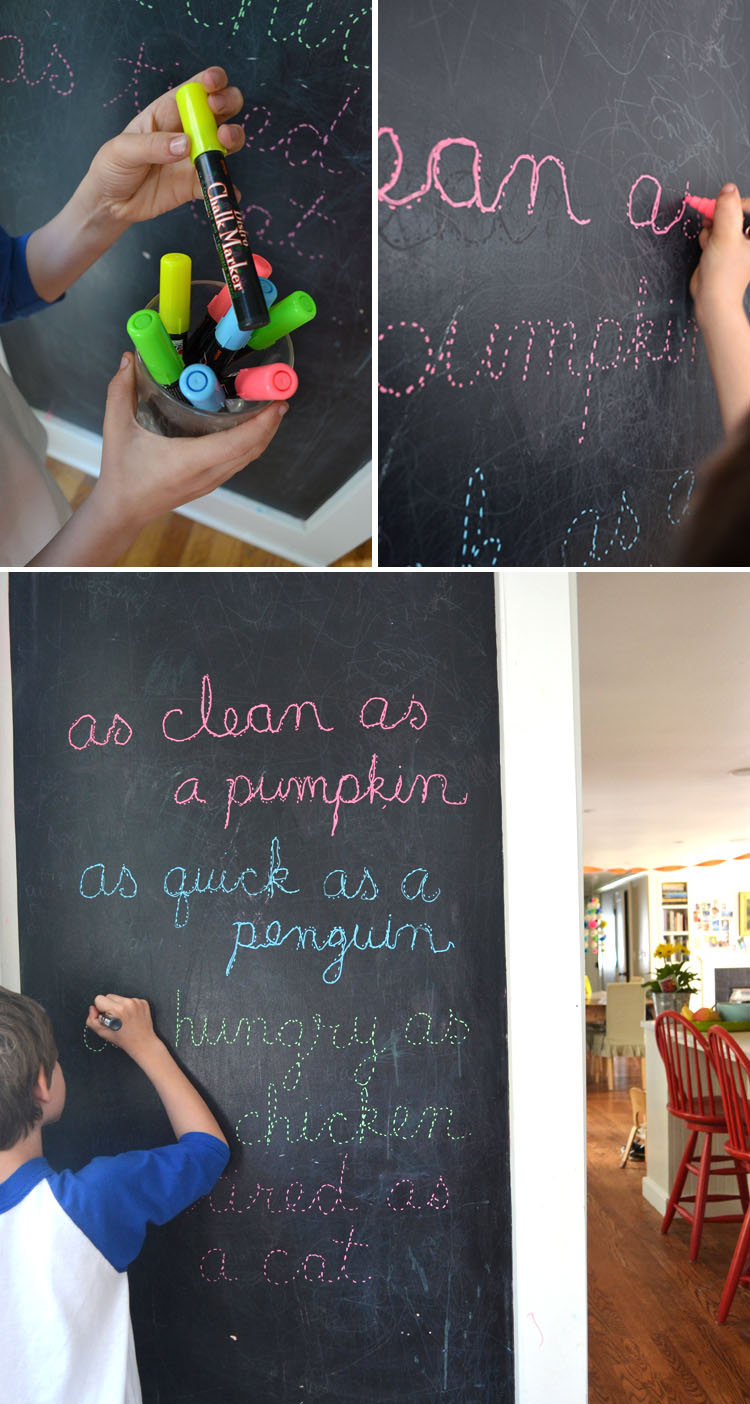 His obsession with script is because his cousin in London of the same age has been writing in script since birth, practically. Our school doesn’t teach script until third grade which, in my opinion, is missing the boat. Montessori educators believe that at around age 4 1/2, children “explode” into writing. This is the perfect time to start them tracing letters with a pencil (before that age they can trace with their finger). Thank God for cousins abroad who inspire! For about a year now he has been tracing my script letters. This time, I decided to mix his love of similes with his passion for script. We used these neon Bistro Chalk Markers, which are so cool to write with as they glide smoothly along the black surface. 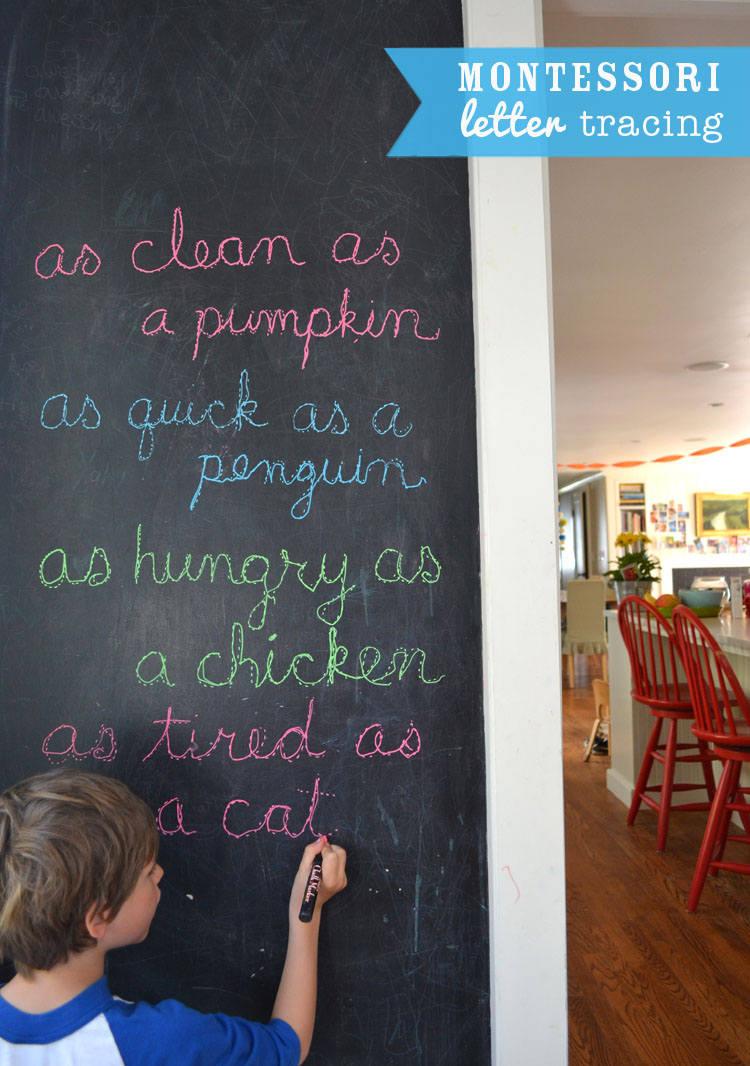 As the little guy was tracing his similes with his tricked out pens, he told me that he was as psyched as a cow!